Let our business plan writers do the work for you.

Our experience in crafting custom business plans in Philadelphia range from restaurants to a large manufacturing. Contact us and in as little as 5 business days, you’ll have a detailed business plan ready to take to an investor or bank. 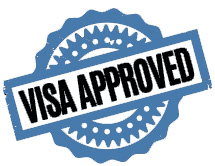 Tell our Business Plan Writer Philadelphia about your venture and needs. The more specific the better.

Business plans are complicated. We make it easy.

Stand out from the crowd. Precise, well-researched, and expertly forecasted business plan writing. Our Business Plan Consultants build Bank, SBA, Investor, Visa or Grant plans all benefit from the level of detail and insight we’ve gained from working with thousands of customers. Whether you’re looking for a bank loan, investment, or Visa approval, our business plan consultants will custom write a plan specifically to your needs.

Our experience in crafting original business plans for everything from a food cart to a multinational manufacturer is put into every unique plan we write. Multiple design options and custom pitch decks will further set your plan apart. Give our Business Plan Consultant a call.

Tell us about your venture and needs. The more specific the better.

ABOUT OUR PHILADELPHIA BUSINESS PLAN CONSULTANTS

12 Years in Business
Butler Consultants has been building business plan for more than 12 years. All employees are U.S. based and we never outsource our business plan service overseas.

Free Design Upgrade
Your business plan writing purchase will include a free design upgrade. Our Level 2 includes 6 different design choices, and the Level 3 includes 20 different designs from which to choose. There is no extra charge for this service.

Outstanding Reviews Online & BBB
Butler Consultants has a perfect A+ rating with the BBB (Better Business Bureau). Read our overwhelmingly positive reviews and know you can purchase a plan from us with confidence.


Custom – Quality – Best Prices
Butler Consultants never uses pre-written templates or business plan writing software. Every plan is tailored to your needs, location and business idea. We only provide the best quality research and custom projections. We have competitive prices by keeping our business costs to a minimum and passing the savings to you.
3 Consultants on Every Business Plan
Every plan is created by 3 consultants: a Financial Modeler, a Business Plan Writer and a Market Research Expert. The Market Researcher will do all the market research and industry analysis for you and the Business Plan Writer will write your entire plan!
Package Contents
Word document – The business plan service comes in an unlocked Word document.

Excel spreadsheet – Your financial projections are built in Excel and linked to the Word document. You have full control over any edits to the financial model.

30 days of revisions – Because of the high quality of our work, we get the first draft so close to perfect that most customers only use 1 revision.

Use our business plan service to improve your chances of success. Our experienced business plan writer can create your plan for Philadelphia and get your message across in a compelling and engaging manner. Take the difficulty out of the development by trusting on our consultants.

Philadelphia and the Philadelphia-Camden-Wilmington metro area is a thriving region with strong job growth. It is the 5th largest metro area in the U.S., with a population of over 6.2 million residents. The greater Philadelphia region’s location along the Northeast Corridor places it within 200 miles of 46 million people, with a total income of more than $1.46 billion, according to the Greater Philadelphia Chamber of Commerce. The region is a major manufacturing base and home to numerous pharmaceutical and life sciences headquarters, in large part because of dozens of colleges and a highly educated workforce. Financial services, banking, energy, the creative economy, insurance, and agriculture all thrive in greater Philadelphia.

From startups to expansions, our business plan writers have worked on a wide range of Philadelphia business plans, including, among many others:

These businesses are located in the city of Philadelphia, in several booming districts such as South Philadelphia, Passyunk Square, Center City, Northern Liberties, and Fishtown, as well as in many of the metro area’s cities including, but not limited to:

If you are wanting to start or expand any of the above businesses, or any others, our business plan consultants can work with you to help get funding.

A Few Industries We Have Written For

You name it, we have done it for.